The Pokémon media franchise - which consists of video games, manga, anime, trading card games, toys and more - has been around since the mid-1990s. It was thoroughly revitalized with the introduction of the Pokemon GO mobile game in July 2016. The pocket monsters are back and they are more ubiquitous than ever.

What Is Pokémon GO?

The fundamental idea behind the Pokémon GO mobile game is very similar to many other Pokémon games that came before it. Players take on the role of a trainer whose objective is to catch, collect and train the various 'pocket monsters.' Some of the best-known Pokémon include Pikachu, Charmander, Pidgeotto, Bulbasaur and Jigglypuff.

Pokémon GO is offered as a free-to-play mobile game for the Apple iOS and Google Android platforms. The app itself is free to download and play, but players are given the opportunity to spend real money to purchase in-game currency and items.

The game is especially unique for two key reasons.

Players catch and collect the different Pokémon characters as they appear in the game. They are then given the opportunity to level up and 'evolve' the Pokémon into more advanced forms, entering the creatures into battles with other Pokémon.

Early on in the game, players are forced to choose to be a member of one of three teams, competing against players from other teams.

The initial launch of Pokémon GO only made the game available to users in the United States, Australia and New Zealand. As a result, many Pokémon fans from other regions sought out alternative, unofficial and unsanctioned approaches to acquire the mobile app. For example, it is possible for an out-of-country user to create a U.S.-based iTunes account to access the U.S. iTunes App Store. Some Android users 'side-loaded' the application files (APK) directly, though malware was found in some versions being distributed online.

Some terms may already be familiar to people who have already played other Pokémon games in the past, whereas other terms are specific to the Pokémon Go mobile game. 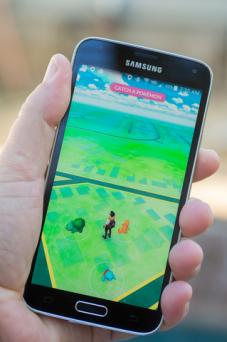 If you want to "be the very best, like no one ever was," then heed the following advice.

Unsurprisingly, children (and adults!) can get very excited about the prospect of playing Pokémon GO. However, because the game is online and integrates real-world activity, it can pose some serious risks.

On the plus side, the very nature of the game encourages children to go outside, explore, and partake in physical activity as they track down their favorite Pokémon and collect items at all the PokeStops. It's also fun, free and educational. It may even help people battling depression.

The unique use of augmented reality and the astronomical popularity of the brand have helped to propel Pokémon GO into the mainstream conversation. With millions of users determined to catch Pokémon as their real test and to train them as their cause, who will be the very best?