The widespread popularity of Minecraft has taken the world by storm. With seemingly limitless capabilities for players to advance in the game, the detailed Minecraft world has led to the establishment of a vast community. As a result, software developers have flocked to develop add-ons and applications to expand the experience.

The Rise of Minecraft Mobile

With smartphones becoming the go-to device for a lot of people, Minecraft's ability to take advantage of people's attention has allowed for its immense growth. The game exists on an array of platforms, including PC, mobile phone (or "PE" for Pocket Edition), as well as more common consoles such as the Xbox One, PlayStation 4, and Nintendo Switch. The mobile version remains among the most popular as the convenience and functionality available on the phone is not available on other consoles.

With so many additional components available now for Minecraft, the question surrounding the most effective and beneficial applications has arisen. As new companion apps are added to both Apple and Android app stores daily, many users become confused as to which of the hundreds of apps available will be best for them. Whether you're looking for diamond gems, wanting to customize your personal gameplay, or are seeking best practices through in-game guides, the plethora of add-ons means you can get exactly what you're looking for. 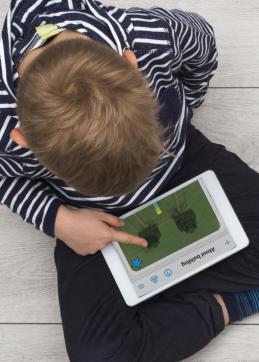 One of the core components that compels so many to play Minecraft is the ability to develop a world to your own liking. This means developing infrastructures, forging new items, and providing more functionality to make your map unique and develop the city of your dreams. Builder for Minecraft PE, available for both iOS and Android, makes it easy for players to create a broad array of different building types with the click of a button.

The free app boasts over 550 different types of buildings within categories like modern and medieval houses, magnificent castles, ships, vehicles, and a range of other forms. By simply importing and clicking on the option of your choice, the application lets you instantly develop stunning and one-of-a-kind buildings that will set your map apart from others.

Upgrading to the Pro version, which costs $2.49, removes any ads and provides users with additional features and functionality. For those who have children playing the game, the application is not only easy to use, but also provides intuitive educational value as well.

If you're looking for an add-on that provides more than just buildings, Master for Minecraft PE is the app for you. The extent of functionality and capabilities is truly staggering, allowing players to manipulate the weather on their map, change the time of day, or modify their own players to make them invincible or give them the ability to fly.

Players can use the app to upload weapons, portals, furniture, and even pets into their 3D world. If you want to build out the map to make it more interactive, Master for Minecraft hosts a range of map types including adventure, parkour, minigames, and roller coasters.

The mobile app is currently only available for Android phones and is free to download. In-app purchases unlock even more functionality and features. 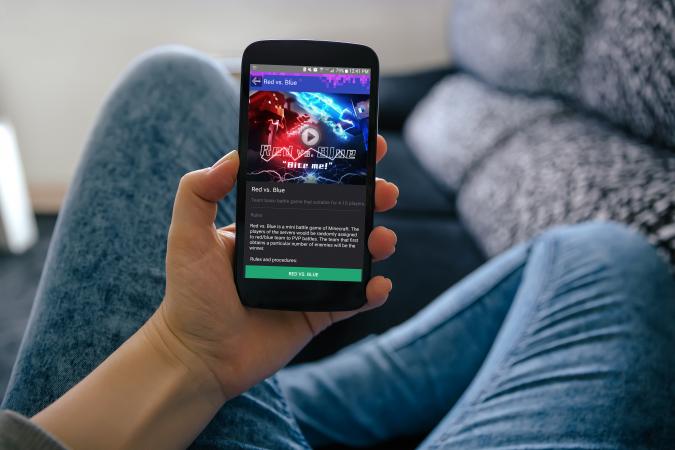 Although many people go through the many stages of the game in a single-player mode, the ability to log onto various servers and interact or battle with other players adds an entirely new layer to the already robust game. Multiplayer for Minecraft PE allows you to hop onto different servers with other players in the Minecraft universe. Battle each other through game modes like free for all, team play, and the classic slayer style.

The application is free to download, but in-app purchases can unlock new game modes, skins, and other such features. For those who consider themselves enthusiasts of the virtual universe, this multiplayer functionality should not be passed up. You can find this app in the Google Play Store, in addition to being available for iOS.

By providing an exciting storyline and plot to the gameplay, the developers at Telltale Inc. have created a whole new layer to the already popular game. Story Mode immerses you in adventures throughout various Minecraft worlds as you and your friends embark on new challenges and face difficult decisions. The game has garnered positive reviews, as the ability to provide context and compel players to remain invested in the decisions and outcomes that occur has led to its widespread popularity.

Given the nature of the app's development, installments are released on an episodic basis. Engineers at Telltale have released the first two episodes as of this writing in late 2017. The first episode is free with subsequent episodes being priced at $4.99 each. Fortunately, regardless of whether you own an Android or an iPhone, Minecraft: Story Mode is available for both platforms.

If you're not looking specifically for modifications to your game, and prefer a companion app that will help in navigating and developing your Minecraft universe without the help of mods, look no further than Minecraft Explorer Pro. The complete and comprehensive guide is the only one to have been approved and certified by Mojang.

Available only for Apple devices, the app is an inexpensive download. It fully outlines the various crafting recipes and capabilities that are available in the Minecraft universe, making the process of building up and progressing more efficient. You will receive guides on enchantments and seeds, and other critical information that will help in creating your 3D world.

Regardless of whether you're into the modifications or simply a new player trying to get the hang of things, Minecraft Explorer undoubtedly is the go-to guide.

The Minecraft universe has expanded significantly in recent years and is likely to continue in the years to come. As gamers look to add more functionality and value, it is clear developers have answered the call. The above are just a few examples of the top add-ons currently on the market for Minecraft, paving the way for many more apps to come.