Life can be pretty hard, especially when you don't have magic mushroom power-ups or cheat codes for infinite lives. But do you know what makes real life easier? Apps. And apps can be used for a lot more than crushing candies or ninja-ing fruits.

1. EpicWin for the Game of Life

Aren't victories so much more satisfying when they're epic? EpicWin is an iPhone app that effectively gamifies your real life boring stuff into a role-playing adventure. Changing the oil on your car suddenly becomes an epic quest, levelling up your in-game character with increased strength, stamina, or intellect. Choosing not to download EpicWin is the first step towards an epic fail.

2. Stretch Yourself with Daily Yoga 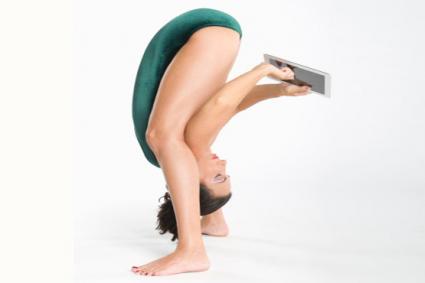 Available for both iPhone and Android, Daily Yoga eliminates the excuse that you have neither the time nor the money to sign up for that expensive new yoga studio in town. Instead, you can partake in over 50 yoga exercises and 500 yoga poses from the comfort of your own home, complete with soothing yoga music. The best part? No one but your curiously judgemental goldfish will see what your butt looks like in spandex.

Fitness trackers like the Fitbit series are all the rage with fitness freaks, but they might not be that convenient for everyday wear. Plus, a bright plastic strap on your wrist doesn't exactly go with your little black dress. Skip it. Load the Google Fit app on your Android phone and track your steps that way. Chances are you're a lot less likely to forget your phone at home than a not-so-cute fitness tracker. "Forgetting" to get your 10,000 steps on the other hand... 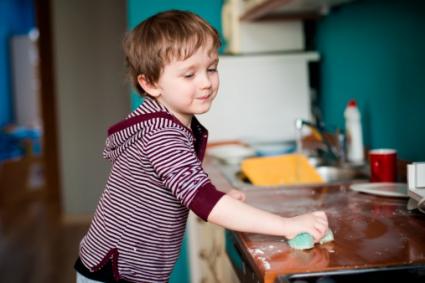 There's nothing wrong with a little bribery! After little Timmy refuses to clean his room for the 56th time this week, you need to call in reinforcements. Like ice cream or a new Xbox game. The ChoreMonster app for iPhone, Android and Windows Phone, which also ties into a web-based interface, makes "chores fun by engaging and rewarding your kids." Bribing your kids with stuff has never been so easy.

The free HabitBull app for both iOS and Android starts with a simple premise: inertia. Nobody wants to ruin a win streak, especially when you can visualize the win (and loss) streaks through an app. HabitBull works with both positive habits that you want to develop and negative habits that you want to quit. Build up a chain of consecutive days without smoking, and you'll be kicking butts and taking names in no time. Pun intended. 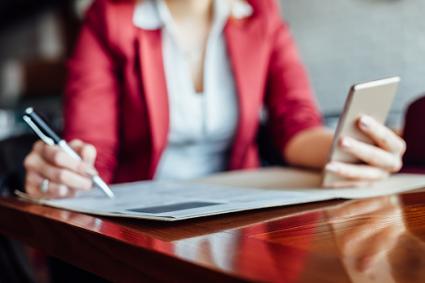 Finances can be so BORING! Having a tough time keeping tabs on all your massive offshore bank accounts and insurmountable student loan debt? If you don't want to deal with complex budgeting software, take the convenient route with the PocketGuard mobile app instead. It organizes all of your bank accounts, as well as expenses and credit cards, into a unified interface that's easy to follow. A sea of negative balances has never been so beautiful.

Need to break up with your twisted and insanely jealous significant other, but don't want to actually talk to him or her? Or maybe you just have a fear of talking on the phone? Available for iOS and Android, Slydial skips the call and goes straight to leaving a voicemail. Of course, it won't prevent an ex from stalking you, leaving innumerable messages, or making a scene in the middle of a crowded supermarket, but there are no apps to cure that kind of crazy. Yet.

Pourquoi le poulet at-il traversé la route? Pour acheter un croissant et le vin pas cher. Oh, you didn't understand that? You would if you were learning French with Duolingo. With mobile apps for iOS, Android and Windows Phone, Duolingo makes it fun and easy to learn a new language, like Swedish, French, or Vietnamese, through a series of games and "bite-sized lessons" you can take on the go. From now on, you'll be ordering pho tai sach like a pro. 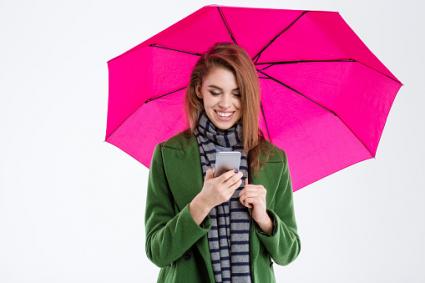 Making all of life's big decisions, like if it's ok to wear sandals today, is Swackett for iOS devices. In the traditional sense, it's a fully functional weather app, giving you "real feel" temperatures and probabilities of precipitation, but it also integrates hundreds of "weather-smart fashion ideas," so that next rain-soaked day, you'll be more smokin' hot than soggy.

10. NYT Cooking for an Empire State of Meal

When you've grown tired of eating instant cup noodles and peanut butter sandwiches, it's time to level up your culinary game with the NYT Cooking app for iPhone. Boasting thousands of recipes hand-picked by The New York Times, the app will have you whipping up roasted racks of lamb and decadent molten chocolate cakes in no time. You can be the next Daniel Boulud without the accent and attitude. Okay, you can keep the attitude.

11. RunPee Tells You When to Run and Pee

Uh oh. You're at the theater, fully entranced by the latest Marvel blockbuster, when you feel the unbearable urge to tinkle. You're no Iron Man with an iron bladder. You don't want to explain to the usher that the puddle under you feet isn't exactly spilled soda. The RunPee app is your savior for when "urine" trouble. Available for iPhone, Android and Windows, it lists the best 3-5 minute scenes in any movie for when to relieve yourself without missing anything important.

12. Sleep Better for a Well-Deserved Rest

The best place to win at life is in the bedroom, underneath the sheets with the lights turned off and the smooth sounds of a little Marvin Gaye playing quietly in the background. We're talking about sleep, obviously. Runtastic has the appropriately named Sleep Better app for both iOS and Android, which monitors your sleeping habits to help improve your sleep efficiency. R.E.M. is no longer just a 90s band. It's a way of life.

All I Do is Win Win Win, No Matter What

Smartphones, tablets and other mobile devices are only as powerful as the apps you've got running on them. Whether you're looking to get in shape, save money, or learn another language, there's a mobile app to help you keep running up that high score. So much win!