Although the danger of the electromagnetic field emitted by cell phones has been a hotly debated topic for many years, there are a lot of cell phone users wondering whether or not they need to be concerned about getting appropriate cell phone radiation protection gear.

For years, research into cell phone radiation was very divided and confusing. Some studies showed a very clear biological effect, while other studies showed none. One study, published in February of 2011, confirmed that there was no question that there is a very real and direct effect upon the human brain whenever an active cell phone antenna is located nearby. However, scientists still disagree whether or not those short term effects translate into long-term health problems.

If you aren't willing to wait for science to get around to protecting your health for you, then you already have options available. A number of companies sell shields that block most of the radiation.

One such company is Pong Research. Dr. Shannon Kennedy, the President and CEO of Pong Research, graciously sat down virtually with LoveToKnow Cell Phones and discussed some of the potential health concerns of this radiation, and what existing products can do to provide cell phone radiation protection.

SK (Shannon Kennedy): Very few people know that a cell phone emits a powerful microwave signal, which is a form of electromagnetic radiation. Even fewer realize that when using the phone in a normal fashion, studies have demonstrated that between 48% to 68% of that radiation is absorbed by the head and hand. Given that approximately 6 billion cell phones are now being used by over 60% of the world's population, I definitely feel it is a serious health issue. 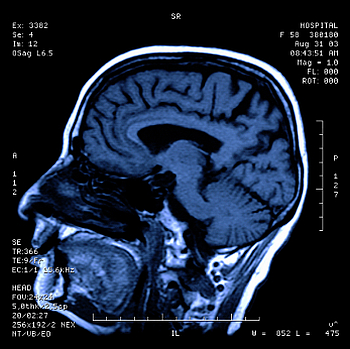 The governments of most industrialized nations are increasingly issuing warnings, limits, and even laws that encourage consumers to reduce EMR exposure from cell phones. For example, the UK government appointed expert group IEGMP recommended that the Specific Absorption Rates, or SAR values, which indirectly indicate the amount of radiation emitted by each cell phone, should be openly displayed. The City of San Francisco recently passed similar legislation. That action is being challenged by the wireless industry's trade association (CTIA). In France, Canada, Finland, Germany, Russia, Switzerland, the U.K., Israel, India, and other countries, similar actions are being taken. The World Health Organization (WHO) also supports a "precautionary principle" in practice.

Ironically, even those who are opposed to elevating the public debate on this issue are posting warnings on their devices. Though not everyone knows this, the cell phone manufacturers list very specific precautions users should take when using their phones. For example, Apple warns users to "keep iPhone at least 15 mm away from the body...", and Blackberry [maker Research in Motion] warns users to "keep the device at least 0.98 inches from your body." Hardly anyone reads this fine print, and even fewer use their phone in that manner.

LTK: Is there any existing evidence that has shown harmful effects of cell phone radiation on humans?

SK: Yes, there is. As I mentioned, the study of cell phone radiation is very early stage. Patterns of use are changing dramatically, and there hasn't been time to do longitudinal examination. You have to remember that it took decades to conclude that cigarettes "cause" adverse health "effects" and to mandate cigarette warning labels.

Just this February, researchers from the National Institute of Health published in the Journal of the American Medical Associate that spending 50 minutes with a cell phone to your ear is enough to change brain cell activity in the part of the brain closest to the antenna. One of the largest (13 countries) and most expensive ($25 million) studies on this topic ever conducted - the Interphone Study - found that 10 years of heavy use approximately doubled the risk of glioma.

Amazingly, the study defined "heavy use" as only 2 hours per month. It also excluded children, who are at highest risks, and only 10% of the participants in the study had used a cell phone for over 10 years. Other epidemiological studies suggest possible impairment to DNA repair mechanisms, blood‐brain barrier leakage, and genetic damage as measured by the formation of micronuclei.

LTK: What was the inspiration for the founding of Pong?

SK: The inspiration for Pong was to form a health and wellness company that could take what we've discovered about redirecting radiation away from cell phone users and make it available to people around the world. While radiation emitted from cell phones is a problem, science (and physics in particular) offers us solutions that we have embedded into our devices. The Pong case is the first, but not the only, product we plan to offer to consumers who both wish to reduce their exposure to cell phone radiation and still have their phones function properly.

LTK: What are the characteristics of cell phone radiation that pose health concerns for humans?

SK: This is a very interesting but complicated question. When talking about cell phone radiation, there are two stages of microwave energy radiating from your phone:The first stage is measured as Near Field Intensity (NFI) and the second as Far Field Intensity (FFI). NFI defines that energy which is less than one wavelength from the source. Since the near field energy is much closer to the user and more intense, it is NFI that is the major cause for concern. 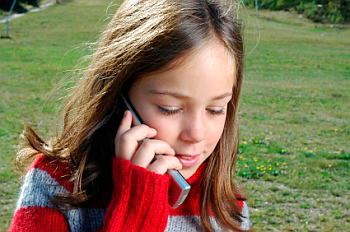 Further, non-ionizing radiation has now been shown to overheat cells, causing damage. Scientists cannot yet exactly pinpoint the level at which this type of radiation becomes unsafe. However, animal studies using exposure to cell phone radiation for as little as two minutes has been shown to have a damaging effect on the brain and blood vessels.

Again, there are also the thermal effects. Everyone has experienced the heating up of their head from using the cell phone. This heating effect of fluid in your head is basically what the FCC is trying to limit by imposing SAR standards. A number of health effects other than cancer, such as headaches, sleep disorders, and cataracts, are suspected of being impacted by this thermal effect.

LTK: Can you share how Pong cases can reduce the radiation levels so much?

SK: I love this question because it strikes at the heart of the dilemma for consumers. Consumers want to be protected from cell phone radiation, but at the same time, they want to use their phones more often, and they want them to be more powerful. Since phone power and radiation emission are obviously related, there is a conflict here. Currently, any anti-radiation device which "contains" or "shields" radiation makes the consumer pay for this protection by reducing the cell phone power. That works, but it's not a great solution. To our knowledge, Pong is the only solution that solves both problems at once.

Pong works by inserting a printed circuit board module, which is basically a second antenna, into a cell phone case. Each phone model requires a different antenna, so it's quite challenging to design the case for each phone. Since your cell phone radiates in all directions, the antenna redirects the radiation that would otherwise be coming out the front your phone and sends it away from your head. Once absorption is blocked, the radiation actually becomes useful again, or propagates, to communicate with the tower. It very simple, but very difficult to do correctly.

LTK: If Pong reduces radiation, how is it possible that it can increase signal strength?

SK: Remember, over half of your cell phone radiation can be absorbed into your head, making it useless for communication. By redirecting that radiation away from the user's head, Pong preserves this radiation so that it can communicate with the tower. It's critical to understand that Pong does not "reduce" radiation. Rather, it uses radiation as it should be used.

Pong can allow the user to avoid unnecessary exposure to the radiation, and it can actually improve the phone's performance in some instances by making more radiation useful for the phone's power and signal strength. Pong cases typically reduce SAR by between 60% and 95% by redirecting the phone's radiation away from the user. Pong does not reduce radiation levels; it redirects the exposure away from the cell phone user.

As a side note, this is the issue that has our competitors baffled. They claim it cannot be done. We've placed a "Pong Pledge" on our website which assures anyone of a full refund if they notice a reduction in their phone's performance while using the Pong case. Personally, I live in a rural area, and Pong actually improved my signal and reduced my dropped calls dramatically.

LTK: What characteristics of Pong make it unique from other products like Skin-Blok, which claims to block radiation with a super thin shielding film, or the Galko case that blocks electromagnetic waves from spreading out toward the body?

SK: Well, we can only really speak for Pong. But we believe we are different first and foremost because we are science based and laboratory proven. Most of us at Pong are scientists with Ph.Ds in Physics, Antenna Engineering, and Health Sciences. We have subjected Pong's patented technology to rigorous testing in laboratories certified by the Federal Communications Commission.

These are the same labs qualified to test the handsets for cell phone manufacturers. To our knowledge, only one other company has subjected their product to independent testing and their results were terrible. Their product basically turned the phone off. Our website contains much more information on this issue.

LoveToKnow Cell Phones would like to thank Dr. Kennedy for taking the time to discuss this important public health issue. Readers that are interested in learning more about radiation protection during cell phone use should always shop around. There are many different solutions available on the market, and while Pong may be perfect for you, it's always a good idea to explore all possibilities and choose the product that is right for you and for the type of phone that you use.