Each generation of the Apple iPhone brought something new to the table and the biggest innovation with the iPhone 4S in 2011 was the introduction of the Siri voice assistant. Since then, Siri has continually been updated to add more features.

What Can Apple Siri Do?

Siri is fully integrated into the iPhone from version iOS 5 onward. It can also be used with an Apple Watch, all editions of the iPad from 3 on, any iPad mini and versions of the iPod touch from 5th generation on. It can do many of the things you would do on your iPhone without having to type, open any specific app, or go through any menus. With Siri, just begin speaking. Siri then interprets your voice input and responds accordingly. 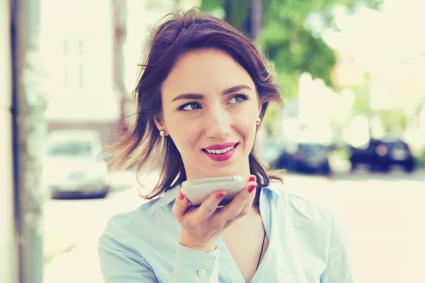 Some of the most useful Siri functions include the following:

What Languages Does Siri Speak?

Siri can be set to work with 21 languages with localization for 36 different countries. You can also use it to translate phrases from English to other languages.

Compared to Other Digital Assistants

One review of these three assistants asked them a series of 20 questions on various subjects. Though Siri's ability to find information is good, it gave the least reliable answers compared to Alexa and Google. Google came out on top in a similar review asking over 4,000 questions while Siri performed the worst.

All three assistants work best if you to subscribe to their specific services: Apple Music for Siri, Amazon Music for Alexa and Google Play Music for Google Assistant. Both Alexa and Google can be used to play home speakers from several companies, but Siri only works with the Apple HomePod. Google connected speakers can also recognize different voices while Siri and Alexa cannot. The updated Siri from 2017 can function as a DJ playing music based on general requests.

Google Assistant and Alexa work with many third-party systems, as well as control actual TVs with Amazon Fire and Google Chromecast devices. Siri can handle playing media via AirPlay, but it cannot control a device such as turning it on.

Siri generally fares better in terms of communication, because it allows you to make calls and send text messages, as well as emails. You can call or text anyone with another Alexa device as well as call anyone in your contacts. You cannot make international or emergency calls with Google Assistant and Alexa, nor can you send emails like you can with Siri.

Siri integrates with a much smaller number of third-party services compared to Alexa and Google, which can be linked to thousands of third-party apps.

Your choice of digital assistant should be based on the products you use the most. If you use Google software and services heavily, you will gravitate toward Google Assistant. The same is true with Amazon and Alexa, which integrates better with third party services. If you are a diehard Apple user, Siri may be a better option.

At the end of the day, Siri on iPhone doesn't do anything that you couldn't do without Siri. The key selling point is that it's meant to make life simpler and more convenient.

1
Comments
© 2006-2020 LoveToKnow, Corp., except where otherwise noted. All Rights Reserved.
Benefits of Siri on iPhone