"Retina display" is a marketing term created by Apple to describe screens with such a high pixel density that you cannot see the individual pixels when you view the screen at a normal distance. Used to make text and images appear crisp and to allow details to stand out on the screen, such a display provides a richer viewing experience than a standard screen.

The term "Retina display" was first introduced in 2010 with the iPhone 4. Apple had developed a smaller pixel and included it on the iPhone screen to allow for four times the normal amount of pixels. Although there is no set pixel density to qualify for the term, it is usually over 300 pixels per inch (ppi). The larger number of pixels packed onto the screen made the resolution appear clearer and more defined than other smartphones at the time. Since then, Apple has implemented the technology on multiple products.

Another aspect to consider is distance. Apple considers the normal viewing distance to be different for different products. For example, if the normal viewing distance of an iPhone is about 10 inches, around 300 ppi is required. An iPad, normally held at about 15 inches from the user, can use a lower pixel density, still deliver the sharp quality, and be said to have a Retina display.

Newer Apple offerings feature a Retina HD (high definition) display, which includes a wider color spectrum so items on the screen seem even more brilliant and vivid than a regular Retina display.

Most manufacturers list the image resolution and number of pixels in their display specs. If the ppi allows for the user to not see individual pixels when viewed normally, this may be equivalent to the screens on Apple's devices, but Apple has a copyright on the specific marketing term.

As of June 2017, current Apple products that feature or have available Retina displays include the following.

Controversy arose with the original introduction of the Retina display. At the time, Steve Jobs claimed that "there's a magic number right around 300 pixels per inch, that when you hold something around 10 or 12 inches away from your eyes, is the limit of the human retina to differentiate the pixels." 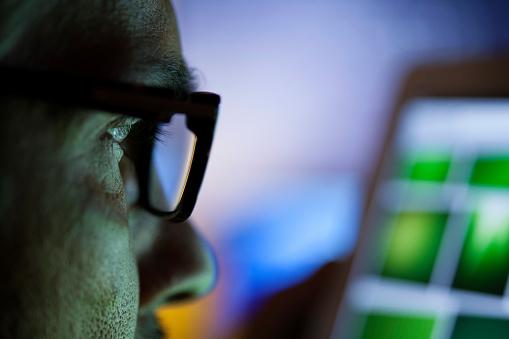 Wired.com published an article about the accuracy of Apple's claims in which internationally recognized display expert Dr. Raymond Soneira, president of DisplayMate Technologies, argued that the marketing term was misleading. Many readers took issue with Dr. Soneira's observation that "it was inaccurate to measure the resolution of the eye in terms of pixels." In particular, Phil Plait of Discover.com provided a rebuttal in which he disagreed.

In Gary Marshall's article on techradar.com, he points out that if you see how crisp and clear the images and text are on a Retina display, you are going to want one. Especially with online magazines and e-books, the higher resolution displays are making the technology disappear, making it feel like you are reading the real thing. He describes Apple's displays as "the best screen you'll find on any device, and the difference it makes is dramatic."

There are many reasons why you may enjoy a device with Retina display technology.

Lex Friedman, a writer at Macworld.com, points out that the main issues are power and storage space. In his article, he says that "Apple needs to bump the storage capacities on its iPads (and, frankly, iPhones). And it needs to devise a means by which in-app data that your iOS device can't use won't clog up your available storage space."

Retina displays can indeed have their downsides too.

For Crisper Detail on Any Device

For whatever you do on your phone, tablet or computer, a Retina display can make everything look crisper and sharper, providing a more enjoyable experience if detail is a priority. Most experts seem to agree that, even with the cost and issues of power and storage, once you see such startling clarity and picture quality, you won't ever want to go back.

0
Comments
© 2006-2020 LoveToKnow, Corp., except where otherwise noted. All Rights Reserved.
What Is Retina Display?