Where there is supply and where there is demand, there is potential profit to be made. If you've ever wondered about supplementing your income by reselling used cell phones, it is important to consider the prospect from a number of different perspectives.

In buying used cell phones, there are a number of key considerations:

Do your due research so you are intimately familiar with the fair market value of the phone you are buying, because you want to have a good idea how much profit you can earn from flipping it later on.

There are two fundamental ways to increase your profit margin: you can either sell the phones for more money or you can buy the phones for less money. If you are largely buying and selling cell phones in the same few places, particularly online, you will likely experience a difficult time earning a profitable margin between those two transactions. After all, if the phone buyer could have purchased the same phone from the person who sold it to you, then why would the individual pay you a higher price?

With this in mind, it is a good idea to consider whether you can add value when purchasing phones to resell. When evaluating a phone for resale purposes, think through what can you do to make the phone worth more than you paid for it, and make your decision based on that. Possibilities include:

Keep in mind that many improvements cost money, so you need to factor in these additional costs when deciding on both your desired purchase price and your ultimate selling price.

Look into selling on such websites as Craigslist, Amazon, Kijiji and eBay, as well sites focused on selling used electronics such as Swappa or the AndroidCentral marketplace. Local buy/sell forums in your area are also a good option. If you have a number of phones to sell, you may also want to consider selling at a local flea market. Dealing locally can help you and your buyers save on shipping.

When listing the phones for sale, be sure to offer good, honest descriptions. Include the current condition of the device, specify if the phone is unlocked, and list any accessories that may be included. If you replaced the battery or made other improvements, it's a good idea to mention that information as well. 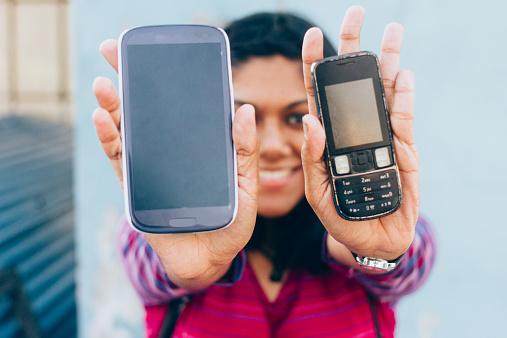 As with any other venture, your mileage may vary when it comes to flipping used phones for profit. A few success stories include:

Figures can depend on a number of factors, like prevailing market conditions, negotiation skills (both as a buyer and as a seller), and how much time, effort and money you are willing to invest to make money selling used phones.

It is definitely possible to make money reselling used cell phones for a profit. However, there will always be an element of risk involved. For example, you could lose money if you fail to sell a phone for more than you paid for it. There is also the consideration of operating capital. If you buy ten used phones to sell for $300 each, you've already invested $3,000. If you buy these phones on a credit card and do not immediately pay off your balance in full, the resulting interest charges can quickly decimate any profits you may have earned. Treat this endeavor like a business and go in with a solid plan.