The do's and don'ts of cell phone etiquette can feel like uncharted territory. If you want to be considerate to other people, these general guidelines will help you stay on track.

The most common cell phone-related faux pas tend to happen during meal time. This is true whether you're eating at home or at a restaurant.

Cell Phone Use at the Theater

Whether you are watching an independent film at a small screening or a major Hollywood blockbuster at the local multiplex, be mindful of how your actions may diminish the experience of the other patrons. This applies to attending live theater productions as well.

Cell Phone Use in Other Public Areas

A cell phone is a communication device, so people are expected to use it in public spaces. Even so, good manners and common courtesy still apply.

Phone Use on the Go

Cell phones are used for a lot more than just voice calls, and proper etiquette must be maintained when participating in other activities too, like playing games or chatting over an instant messenger.

A Quiet Evening at Home 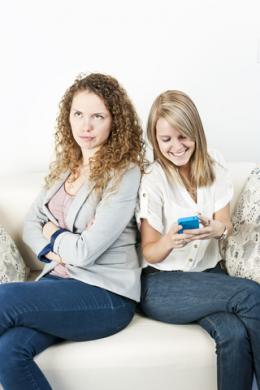 While the rules of cell phone etiquette aren't as stringent when you're relaxing in the privacy of your own home, you should still show some courtesy to the other people in the house.

Most rules and considerations for cell phone etiquette apply when you're in the presence of others, but there are also rules pertaining to how you choose to communicate with your phone.

If you must borrow a phone from a friend or a stranger, be mindful of your manners and remember to say thank you.

Common Courtesy Is the Key

What it all boils down to is that the etiquette of cell phone usage revolves around the idea of not offending other people as much as reasonably possible. If what you're doing bothers someone else, you probably need to stop and find a more appropriate time and place to continue your communications. After all, you'd want someone to extend the same courtesy to you.