Cell phones keep people connected with the world around them and they also act as a source of great entertainment and terrific mobile productivity. Cell phone docks are a great accessory, with options available that can make it easier to talk on your phone, listen to music or charge the device.

While different people will certainly have different preferences and priorities when it comes to their cell phone docks, these are among some of the best on the market today.

Docking stations are not restricted solely to the home or office; the Air Dock is designed to work in the car. It attaches to the windshield using the provided suction cup or it can be used with the unique CD mount, being partially inserted into the slot of the CD player in the car.

What makes the Air Dock special is that it features Qi wireless charging and the surface is a micro suction foam that will hold the phone in place with the aid of magnets. Once attached, the phone can be charged while it is being used for navigation, music, or hands-free calling. Android Central describes the Air Dock as "the world's best smartphone car charger." 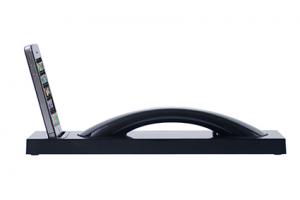 Named by Mashable as one of the "most desirable docks to turn your iPhone into a desk phone," the Curve Bluetooth iDock by Native Union features a clean and simple design. It provides a simple slot where a compatible 30-pin Apple iPhone can be easily docked, not only charging the iPhone, but also pairing with it via Bluetooth 2.1 to the slick handset.

This provides the comfort of a traditional desk phone with the versatility of a smartphone close at hand. The Curve Bluetooth iDock can pair with up to 2 devices at the same time.

Compatibility: This device is designed to work with iPhones. However, while it cannot dock Android phones, the Bluetooth functionality will work with them.

Purchasing: The Curve Bluetooth iDock Handset is available online for $74.99 and comes in high-gloss black or white. 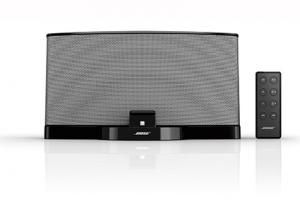 Many people have come to rely on their smartphones as their portable music players and those tunes can be easily shared via a speaker docking station like the Bose SoundDock Series III. This is the GottaBeMobile's "top pick for a lot of music lovers."

It provides exceptional sound quality, even though it is a relatively compact speaker system that is easily moved around the home. The handy remote control is an added bonus. The iPhone docks in the center and the rectangular speaker grille sits behind it. 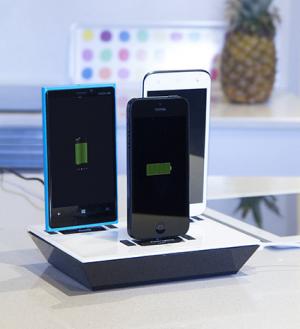 Modern lifestyle has led to the proliferation of mobile devices, all of which need to be charged on a regular basis. Rather than building a rat's nest of charging cables, a far cleaner solution is the IDAPT i4+ universal charger. The charging station can act as a docking station for multiple smartphones at the same time.

The three charging ports can be filled with a range of interchangeable charging tips, including Lightning for new iPhones, 30-pin for older iDevices, microUSB for Android, and even legacy connectors for older cell phones and other miniUSB devices. An additional USB port is also on the side for larger devices like iPads. Many phones can be easily docked and charge in a single unified solution. Cult of Mac reviewer Erfon Elijah says the IDAPT i4+ "excites" him with its "industrial design" and "how convenient" it is to use.

Compatibility: This charging dock will work with all iOS and Android devices, as well as many digital cameras, GPS devices and more.

Purchasing: The IDAPT i4+ charging station has a suggested retail price of $79.99, including five charging tips for a variety of devices. 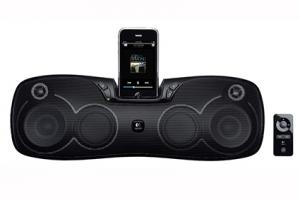 Speaker docking stations can also be portable, as is the case with the Logitech S715i. It is an older speaker, since it has been designed to dock iPhone and iPod models with the legacy 30-pin connector, but it remains a popular choice for mobile music aficionados. There is an additional 3.5mm auxiliary input jack for other audio sources.

The S715i is wide and angular in its bold design, featuring six separate speakers with the drivers facing forwards. iLounge highly recommends this rechargeable speaker, calling it the "best-sounding portable sound system yet."

Compatibility: Docks with iOS devices that have a 30-pin connector, but does not work with the newer models that use a lightning connector.

Purchasing: The Logitech S715i portable speaker dock is listed for $129.99. 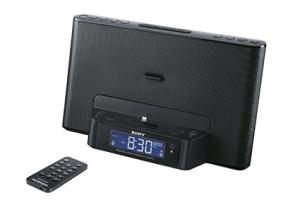 For an iPhone speaker dock that has more of an alarm clock style configuration, the Sony iPod Dual Alarm Clock Dock is consistently ranked as one of the top choices. It has a perfect five-star customer rating on B&H Photo and it is one of the highest rated iPhone speaker docks on Best Buy. It features two 3.5W speakers, MEGA BASS mode, AM/FM tuner, dual alarms and an LCD display with brightness control.

Compatibility: This model has a lightning connector, so it is compatible with the 5th-generation iPod touch, iPod nano 7th-generation, iPhone 5, iPad mini and iPad mini with Retina.

Purchasing: The Sony Speaker Dock can be purchased for $99.99.

Cell phone docks come in a variety of different styles to provide a range of different functions. Some are designed to allow for a better calling experience, others work as stereo speaker systems for enjoying some great music, and others still make it easier to keep those smartphones charged and ready to go. Whatever you need out of your mobile phone experience at home, at the office or on the go, a docking station can be a great addition.