LG Electronics produces a wide range of consumer electronics, including a selection of LG phones for both its domestic market in Korea and for markets abroad like Europe and the United States. While LG may lag behind such companies as Samsung and Apple, the company has been able to establish a strong presence in the mobile phone industry, particularly with its newer line of Optimus Android smartphones.

This phone does not carry any official LG branding, but it is produced by LG on behalf of Google as its flagship Android smartphone. It was the phone that introduced the Google Now feature for information updates and the revolutionary Photo Sphere camera for 360-degree panoramas.

The Nexus 4 is compatible with all GSM carriers, including AT&T, T-Mobile and Rogers Wireless. Available from the Google Play Store, the Nexus 4 sells unlocked for $299 (8GB) or $349 (16GB).

Sold exclusively by Verizon Wireless, the Intuition is effectively the American version of the LG Vu II. Whereas other smartphones generally have a rectangular shape, the Intuition is different in that its bright, 5-inch display has a 4:3 display ratio that is decidedly more "square" by comparison.

Said to be "built for speed, inside and out," the Viper 4G LTE is offered by Sprint in the United States. It may be a good choice for Android users who don't like the larger displays of some of the newer handsets since the Viper only has a 4.0-inch touchscreen.

Other key features include:

Pricing starts as low as $0.00 online with a two-year service agreement. 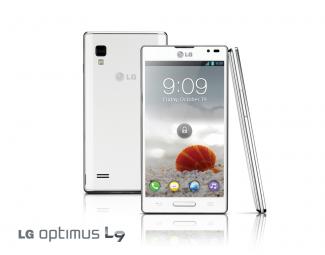 Decidedly thin at just 0.36-inches in depth, the Optimus L9 is also one of the more affordable Android smartphones from T-Mobile.

It comes equipped with:

Improving upon the LG Optimus G that came before it, the Optimus G Pro is one of the largest and most powerful Android smartphones sold by AT&T.

Sold exclusively by Verizon Wireless, the Intuition is effectively the American version of the LG Vu II. Whereas other smartphones generally have a rectangular shape, the Intuition is different in that its bright, 5-inch display has a 4:3 display ratio that is decidedly more "square" by comparison.

While there is a larger focus on flagship and more expensive handsets, LG also has a selection of more affordably priced phones for the entry-level market. 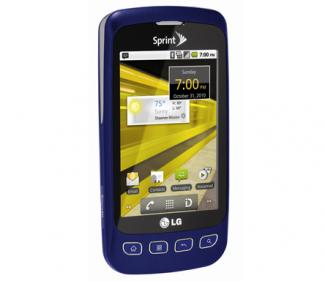 Sold through Sprint in the United States, the Optimus S is an affordable Android 2.3 smartphone with a much smaller 3.2-inch HVGA display and a less powerful 600MHz processor. This makes it slower than its larger and more expensive counterparts, but it is also priced accordingly and available for as low as $0.00 on a qualifying two-year service agreement.

While it may have the appearance of being an Android smartphone, the Xpression from AT&T is actually a feature phone that does not use Android as its core operating system. Even so, it is able to mirror some of the basic functionality with social networking and email through its 3.0-inch WQVGA display. It also has a slide-out QWERTY keyboard and a basic 2MP camera. It is listed at $0.99 with a two-year contract.

Offered by US Cellular, the affordable LG Freedom has a 3-inch WQVGA touchscreen display and a full slide-out QWERTY keyboard that makes sending messages on the go as easy as possible.

Note that the LG Freedom is not an Android smartphone. It's listed at $79.99 with a new two year contract.

The Optimus L3 can be purchased outright from Fido in Canada for $125. This includes the ability to use it with Fido's prepaid service or with its standard monthly plans.

It doesn't get much simpler than this basic flip phone. It is not a smartphone, it does not have a touchscreen, and it does not have a full QWERTY keyboard. Instead, it is a basic phone with a 2.2-inch display and a 1.3MP camera. This is geared largely toward users who want a cell phone to be just a phone and little more. It's available at Wind Mobile in Canada for $0.00 on the WINDtab.

As with all other consumer electronics, cell phones also have a certain shelf life before they are deemed obsolete and are discontinued. Before Android smartphones exploded in popularity, the Black Label Series of "Chocolate" phones were LG's most popular handsets. Models like the KG 800 slider and the KG 810 flip phone featured almost glass-like exteriors and large (for the time) vibrant displays. These phones reached the height of their popularity in late 2006, and were sold through such carriers as Verizon and Telus.

Even within the current trend of Android smartphones, LG has worked to differentiate its products from the competition. A prime example of this is the LG Optimus 3D, which was also sold in the United States as the LG Thrill 4G. Sold through AT&T in 2011, it was touted as the world's first full 3D phone. It had twin 5MP cameras on the back that were capable of not only taking 3D still photos, but also capturing 720p video in 3D. It also had a range of 3D applications, including a 3D gallery, 3D games, and a 3D user interface, all of which could be viewed on the glasses-free 3D display.

Keeping Up with the Times

In the rapidly changing environment of the mobile phone industry, LG has worked diligently to keep up with the times and push technology forward. The full range of LG cellular phones will continue to evolve and improve over time.