The Blackberry family of devices has traditionally been known for its focus on business and corporate applications, but the BlackBerry range of smartphones can also provide a terrific platform for playing games on the go. There are many free BlackBerry Games available through App World that span a range of genres, including puzzle games, word games and action games.

Trid certainly has incredibly simple graphics that consist of basic squares and few colors. It's an addictive puzzle game that uses black and white tiles. Tapping on a yellow corner in one of the squares makes the tiles change, and the goal is to recreate the pattern seen in the larger tile set in the smaller tile set.

According to write up on Berry Review, Trid is "a game that's fun because it isn't so easy." 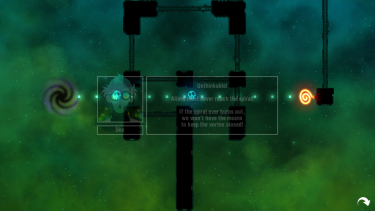 Radiant Defense features over 300 waves of alien enemies across 10 missions. This is a tower defense game set against the backdrop of a wildly vivid and vibrant universe. The goal is to build a solid space fortress fortified with weapons and traps to protect the fortress against the invading aliens. The game itself is free to download, but there are optional in-app purchases for more features and items.

The N4BB review says that this game "remains my favorite out of all" the tower defense games, citing the "stunning" graphics and "sinister" weapons.

While there is a greater focus on BlackBerry 10 since the platform's launch in early 2013, legacy devices running BlackBerry 7 and older operating systems can still have access to a large library of free BlackBerry games. This includes devices like the BlackBerry Curve, BlackBerry Bold, and BlackBerry Torch.

Chopper Pro proves that sometimes simple games are also the best and most addictive. This free game allows gamers to control a helicopter with a single button. Press the space bar (or touchscreen) to fly the helicopter and release to let it fall back down.

Reviews have been very positive for this simple flying game, earning it a solid four-star rating from BlackBerry World. Customer reviews say that this "wonderful game" is a "fun time waster."

Revenge of the Pigs

Revenge of the Pigs clearly borrows a great deal of inspiration from Rovio's hugely successful Angry Birds franchise. However, this game reverses the roles. The pigs are now the ones doing the flying, and there are wolves in the increasingly complex houses. The pigs are flung using a slingshot like device, and the physics engine controls how the structures crumble.

Nerdberry says that this game "introduces an incredibly precise physics never seen on BlackBerry smartphones before."

Bubble Birds is a traditional bubble shooter game that's available on BlackBerry Curve and similar devices, and it has a bit of an avian twist. The goal is to shoot birds of varying colors onto the established game board as you create sets of three or more matching birds that are then removed from the screen. Burst away all the birds to move on to the next level. This simple game is both easy to understand and wildly addictive.

Bomberman vs. Zombies lends itself to comparisons with the Plants vs. Zombies franchise. However, the gameplay is entirely different. Here, the heroic Bomberman must eliminate all the zombies in each grid-style stage or find the hidden key in one of the boxes. In this way, it's somewhat similar to the classic Bomberman game, but in a different context. There are three types of zombies, and the hero is given five lives.

The game currently has a four-star rating on BlackBerry World.

A Growing Library of Titles

The number of free games for BlackBerry smartphones and tablets pales in comparison to what is available for iPhone, iPad and Android, but there are new titles being developed and ported every day. It is definitely possible to play fun games on a BlackBerry device, so give some of these games a try because they'll cost you nothing except a little time.