Even though the Apple iPhone was far from being the world's first smartphone, it has been a significant driving force in popularizing smartphones among consumers around the globe. Prior to its launch, the most popular smartphones in the world were manufactured by BlackBerry (then Research in Motion) and Nokia, and they offered devices that typically had physical QWERTY keyboards, an e-mail focused interface, and a non-touchscreen display. The iPhone changed all that and put the smartphone in the hands of not only corporate businesspeople, but the general public as well. 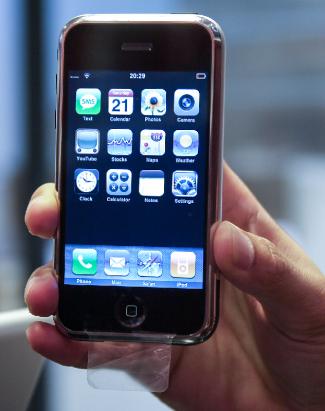 The original Apple iPhone was announced in January 2007, and it launched in the United States in June 2007. One of the key differentiating factors that separated the iPhone from existing smartphones was that its interface, aside from a single home button, was through its multi-touch touchscreen display. The iPhone was launched exclusively with Cingular Wireless (which later became AT&T) in the United States, and it revolutionized the global cell phone market. The iPhone was so popular that, according to Engadget, Apple sold 270,000 units in the first 30 hours. Even so, through the third quarter of 2007, the iPhone only had a 3-percent smartphone market share compared to the 68-percent share enjoyed by Symbian, which was largely heralded by Nokia. This is according to Apple Insider.

As successful as the first iPhone may have been, it was notably lacking in two categories compared to many of the other smartphones being sold by other manufacturers at the time. First, the iPhone was not capable of loading third-party applications. Apple addressed that with the introduction of the App Store, which coincided with the launch of the iPhone 3G in June 2008. Whereas users of other platforms, like Symbian and Windows Mobile, typically had to seek out apps through a wide range of sources on the Internet, the App Store created a centralized marketplace where apps for the iPhone could be downloaded and purchased. Second, the original iPhone only had EDGE for wireless data. The iPhone 3G improved on that by providing 3G connectivity by way of a tri-band UMTS/HSDPA

This led to significant improvements in Apple's smartphone market share, which rose to approximately 15 percent in Q3 2008, based on a chart posted on Business Insider.

The fourth generation iPhone was announced in June 2010 as the Apple iPhone 4. It featured a significant redesign over its predecessors. The plastic body was eliminated and replaced with an insulated stainless steel frame that also acts as the antenna for the iPhone. The front and back panels are made from aluminosilicate glass. While the display was the same physical size at 3.5-inches, the iPhone 4's display had a significantly higher resolution of 960 x 640 pixels. It was dubbed the Retina Display by Apple.

The new VGA front camera for video calling was another key addition, and Apple marketed that feature as FaceTime. While video conferencing existed on other smartphones in the past, FaceTime is largely credited with popularizing the feature. The iPhone 4 was also the first iPhone to be offered in a CDMA version, which was sold through Verizon Wireless in the United States.

Just as the iPhone 3GS had the same physical design as the iPhone 3G, the iPhone 4S had the same physical design as the iPhone 4 that came before it. Announced in October 2011, this fifth-generation iPhone offered incremental improvements in hardware and performance, but the key new feature was a digital voice assistant that Apple called Siri. Rather than going through a conventional menu and typing in the text, Siri allowed users to simply speak to their phones using natural language. For example, the automated voice control system could be used to answer questions since Siri would search for the corresponding information on the Internet and respond back using natural language. Siri could also be used to send text messages, add calendar appointments, and perform a variety of other functions. 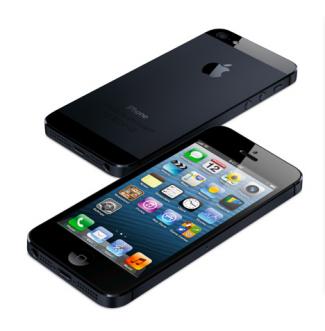 Launched in September 2012, the Apple iPhone 5 is the first ever iPhone with a display larger than 3.5 inches. The 4.0 display is roughly the same width as its predecessors, but it is longer and forms a more standard 16:9 aspect ratio with a resolution of 640 x 1136 pixels. This maintains the same pixel density as the 3.5-inch Retina Display. The overall design is similar to the iPhone 4S, but in a longer body. Several improvements were made to the hardware components and overall performance, including the long-awaited support for 4G LTE. The iPhone 5 is slightly slimmer than its predecessors, and it has a faster Apple A6 processor.

Despite these improvements, the iPhone 5 represented the first time that Apple's smartphone market share shrunk compared to previous generations. While the iPhone had 22.8 percent of the global market in 2012, that number reduced to 17.9 percent in the early 2013. This comes from the Boy Genius Report. Market share in the US market is higher, reported at 39.2 percent by iClarified as of April 2013. An Apple press release was issued to announce that five million iPhone 5 units were sold in the first weekend of sales.

iPhone 6 and iPhone 6 Plus

The overall design is in line with the previous generation of iPhones, including the Lightning port for charging and data synchronization, but the edges are considerably rounder and the power button has been relocated from the top of the device to the side of the iPhone 6 and iPhone 6 Plus. The more powerful Apple A8 processor and the updated iOS 8 also make their debuts in this generation of iPhone, as well as the inclusion of NFC wireless technology and the Apple Pay mobile payment system. Aside from the difference in size, the iPhone 6 and iPhone 6 Plus share many of the same features and specifications.

iPhone 6 and iPhone 6 Plus features:

What Is the Next iPhone?

Apple has seemingly committed to a September launch window for each successive generation of iPhone, so consumers can likely expect the next iPhone to be unveiled in September 2015. Whether it is going to be called the iPhone 6S, iPhone 7 or any other number of possibilities is anyone's guess, just as it is difficult to predict what new and innovative features Apple will introduce. There is no way to know for certain, but it is clear the the iPhone will continue to be a formidable force in the smartphone global market.

Infographic (c) financesonline.com
0
Comments
© 2006-2020 LoveToKnow, Corp., except where otherwise noted. All Rights Reserved.
Resources, Advice & Tips for Covid-19
Read More
Everything You Wanted to Know About the Apple iPhone